You are here  |Home › About the Shire 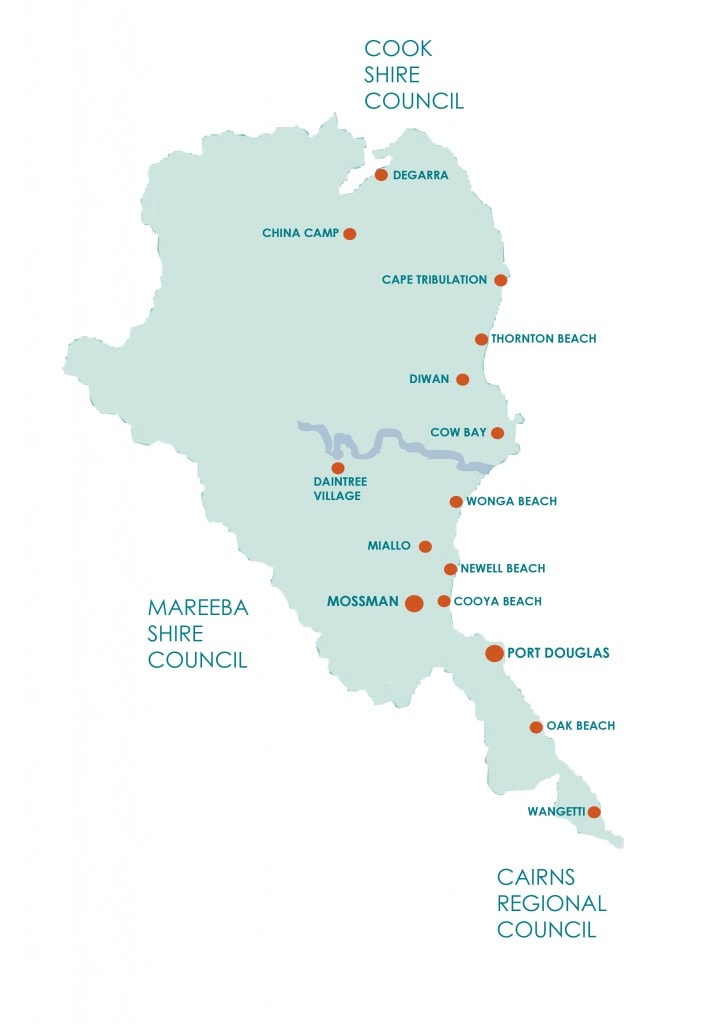 The Douglas Shire covers an area of 2,445km from north of Ellis Beach in the south to the Bloomfield River in the north. The economy of the shire depends mainly on tourism, with 1.2 million visitors annually exploring our many natural wonders, and agriculture of sugar cane farming and processing.

History of the Shire

The First Peoples of the Douglas region are the Kuku Yalanji whose country extends from the Mowbray River in the South to Cooktown in the North and Palmer River in the West. The Kuku Yalanji are rainforest people whose connection to the region extends back 50,000 years to be among the earliest human occupations in Australia.

Where the rainforest meets the sea, the Douglas region is a world-renowned tourist destination enveloped by several of Australia’s World Heritage listed, magnificent natural boundaries: Wet Tropics rainforest-covered mountain range to the west and north, and 95km of Coral Sea coastline and Great Barrier Reef Marine Park to the east.

The Wet Tropics region of Douglas is home to around 3000 plant species from over 210 families, many of which are only found locally and some of which are threatened. Twelve out of the world’s 19 families of primitive flowering plants grow within the region, including the cycads, ferns and mosses whose ancestors were amongst the first flowering plants on Earth.

The economy of the Douglas region has been reliant on the two key industries of tourism and agriculture – predominately sugar cane farming and processing – since the 1980s. Much of the agricultural land of the shire is utilised in sugar cane production, once the economic base of the region, although the pre-eminence of cane farming and production has been superseded by a vibrant tourism industry.

Tourism has surpassed the sugar industry to become the lynchpin of the economy for the Douglas region. Figures from Tourism and Events Queensland demonstrate that, with an 80% economic reliance on tourism, the Douglas Shire ranks as the most tourism dependent region in Australia.

Australia is the second-largest sugar producing nation in the world due to the quality of our cane and the subsequent quantity of produce. Sugar cane processing is an important contributor both to the Queensland economy and to the Douglas region, where most agricultural land is utilised in sugar production and the industry retains a strong iconic value.