DOUGLAS Shire Council has received national recognition for their raising awareness about asbestos.

Council was voted the best Queensland Regional Council and most improved campaigner in Australia at the 2018 Betty Awards.

The judges noted Council’s ability to achieve key targets and broad reach of messaging contributed to its success. 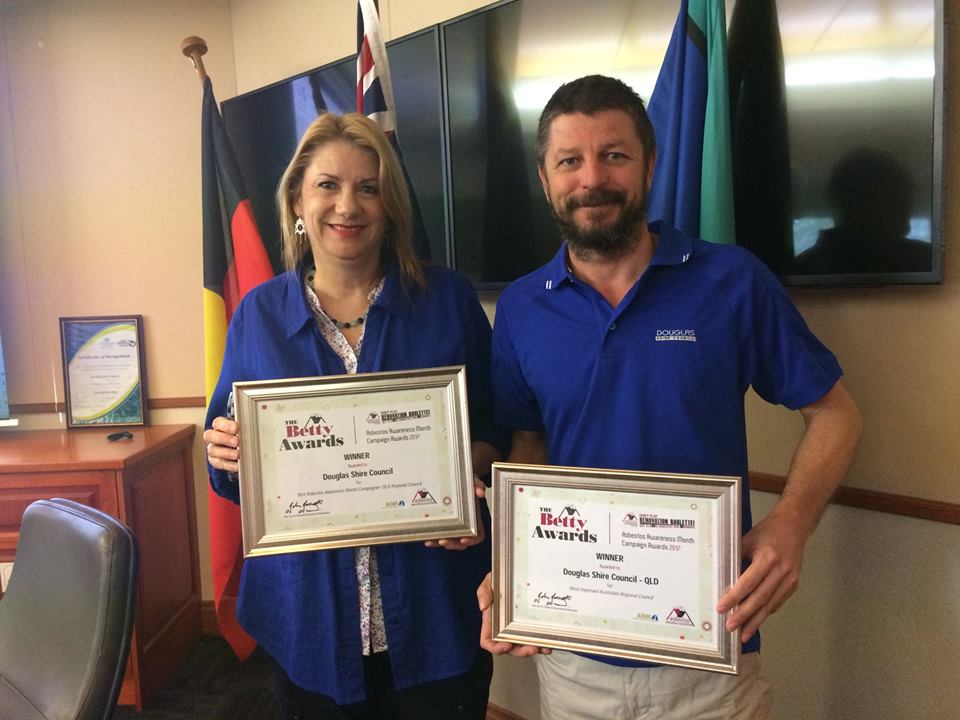 A DEVELOPMENT lease for the Mossman Aged Care Facility has been extended for another 13 months.

Detailed design continues to take place after significant infrastructure works were completed in the past few months.

THE PUBLIC Safety Business Agency (PSBA) will take over a permit for the premises in Port Douglas to supervise marine rescue services provided by QF10 until the transition to Volunteer Marine Rescue Association Queensland (VMRAQ) is complete.

Douglas Shire Council has granted the permit for Lot 51 Wharf St to PSBA on behalf of the Queensland Fire and Emergency Services to ensure services are continued.

A SPRINKLER ban will remain across Douglas Shire to ensure a steady supply for when the 20ML Port Douglas Water Supply Reservoir project is filled.