A GRAND vision to build Australia’s first chemical-free public swimming hole next to Four Mile Beach in Port Douglas has been unveiled by Douglas Shire Council.

World-renowned landscape designer Phillip Johnson, who won ‘Best in Show’ at the 2013 RHS Chelsea Flower Show in London, was in town last week to deliver the visionary design.

Council has earmarked land around the Port Douglas Life Saving Club for the project, which would be the first public crocodile and stinger free-swimming area for the town. 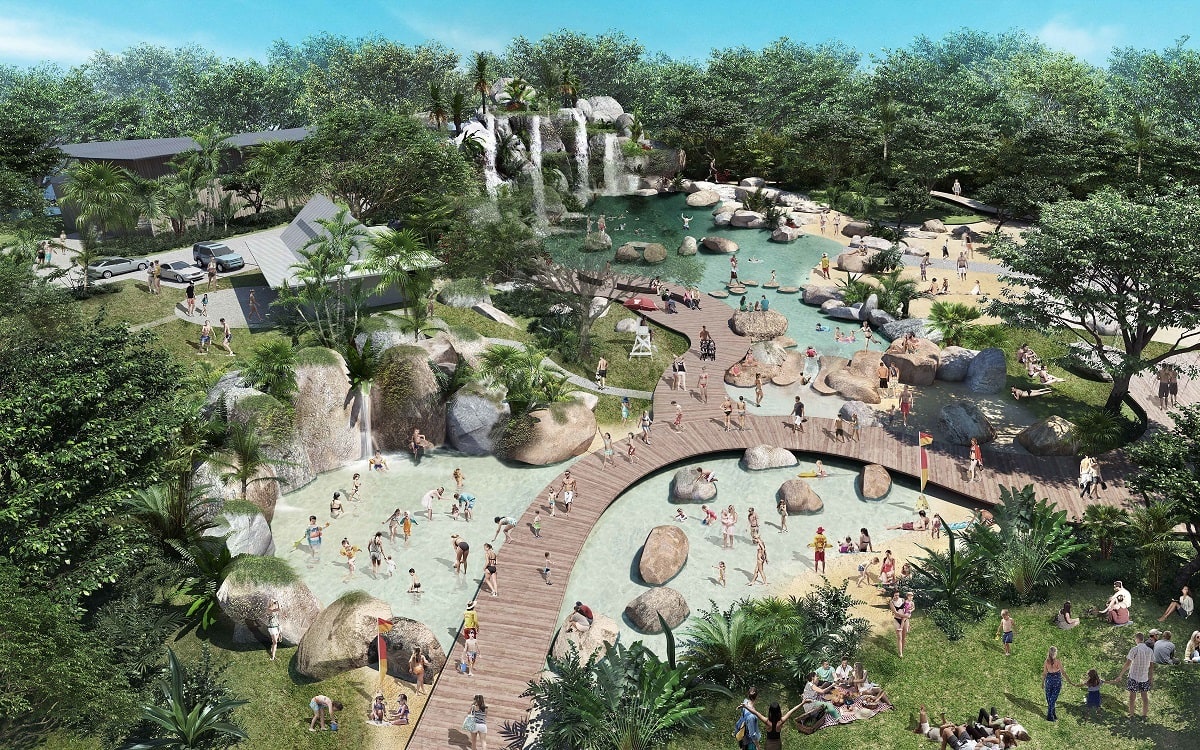 Douglas Shire Mayor Julia Leu said the lagoon would be a once in a generation project.

“This is a really exciting vision for the future,” she said.

“We have been absolutely blown away by Phillip’s enthusiasm and zest for mimicking our unique tropical landscape in this initial design.

“We are excited, the Port Douglas Surf Club is excited and now, by unveiling this vision for the future, we can continue the conversation with the community about what this project should look like.

“It is still early days and we have a lot of work to do with public consultation, studies and planning, but presenting this vision is a way to get the ball rolling.”

Public consultation will kick off later this year to gather the community’s thoughts on the vision and work together to deliver a concept design.

Feedback on the vision is welcome now via Council’s website, where residents are encouraged to register for project updates and to be advised of further engagement opportunities.

Formal public consultation will kick off once the economic report has been completed which is anticipated to be later this year.

Workshops will be held to gather the community’s thoughts on the concept plan and this will be considered at the preliminary design stage.

Input will also be sought on the preliminary design before going to detailed design.

“The committee were very impressed by the proposed plans, which would bring about major changes to the club precinct,” he said.

“There are obvious benefits to the club in the redesign of the existing format and the project would be good for the Douglas Shire by providing significant enhancement to the park area and providing a facility that can be enjoyed by the public all year round.

“The project will provide a safe environment for our nippers to train during the stinger season and when the beach is closed.

“It will also provide employment opportunity for those members of the club who qualify as lifeguards.

“Hopefully the project will increase membership of the club and retain our patrolling members.

“The club committee members were impressed with all aspects of the proposal and are looking forward to working with the Douglas Shire Council in the future to see the project become a reality.” 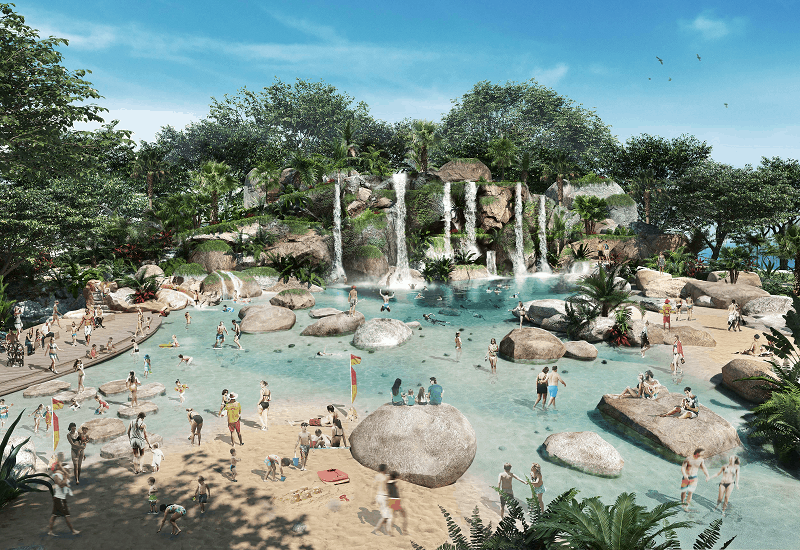 “Douglas Shire is defined by its pristine natural beauty and I explored many spectacular natural streams and waterfalls, such as the Mossman Gorge, to pull this vision together,” he said

“We like to work with nature, not against it, and are determined to bring that connection to nature and energy into the heart of Port Douglas.

“We are talking about a stinger and crocodile-free public natural swimming hole that re-activates Port Douglas and gives people a reason to visit the town every month of the year.”

The idea of building a lagoon was first floated formally during community engagement for the Port Douglas Waterfront Masterplan, which began in 2005.

Progress on the project slowed when Council amalgamated with Cairns Regional Council and then de-amalgamated in 2014.

Mayor Leu said the timing was right to put the project back on the table.

“The surf club is the preferred option because it gives us the best chance to make this happen,” she said.

“With construction on the Mowbray North section of the Wangetti Trail about to start and Crystalbrook Collection committed to the marina precinct, now is the perfect time to put this really exciting vision out there.

“I encourage everyone to sign up for project updates and stay tuned for opportunities to work with us.”

Feedback on the vision is welcome now via Council’s website, where residents are encouraged to register for project updates and to be advised of further engagement opportunities.

Council will announce dates for public consultation later this year.

The making of a Lagoon

What is a chemical-free swimming pool?

Who is Phillip Johnson? 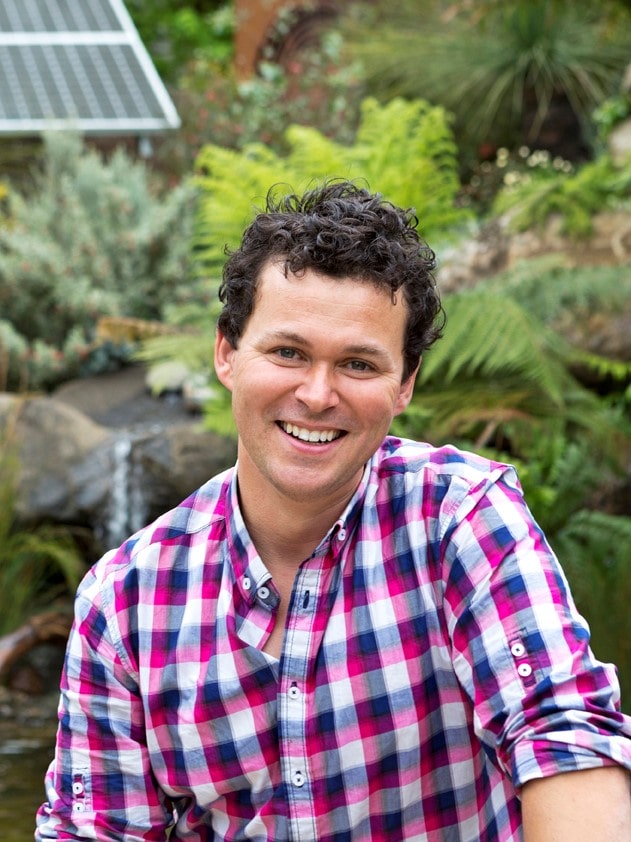