AN ICONIC timber bridge in the Mowbray Valley will be preserved as a pedestrian and cycle way after a $2.6 million replacement project is finished.

Douglas Shire Council has successfully convinced the Queensland Government to remove the condition requiring the removal of the existing Diggers Bridge.

Douglas Shire Mayor Julia Leu said the historic bridge was one of the few remaining wooden crossings in the region.

“Council fought hard to preserve this idyllic bridge as a long-term recreational site for fishers, walkers and cyclists,” she said.

The original Diggers Bridge, which was slightly upstream of the current crossing, was built by returned soldiers in 1919 and served the community until the current bridge was built alongside in the 1960s.

Mowbray River Road will be closed at Diggers Bridge for up to two weeks from July 30 for site preparation.

Disruption to road users will be kept to a minimum with only a two temporary closures planned for the remainder of the construction period, which is expected to be completed in early December this year.  Construction is expected to start early August.

“This project has been through a rigorous environmental approval process, which included an independent assessment by a reputable ecologist,” Mayor Leu said.

“Council will plant a suitable native species to boost biodiversity, stabilise the riverbank and preserve the visual aesthetics of the area.”

A qualified arborist and botanist will work closely with the principal contractors to oversee environmental protection, grubbing and vegetation works. 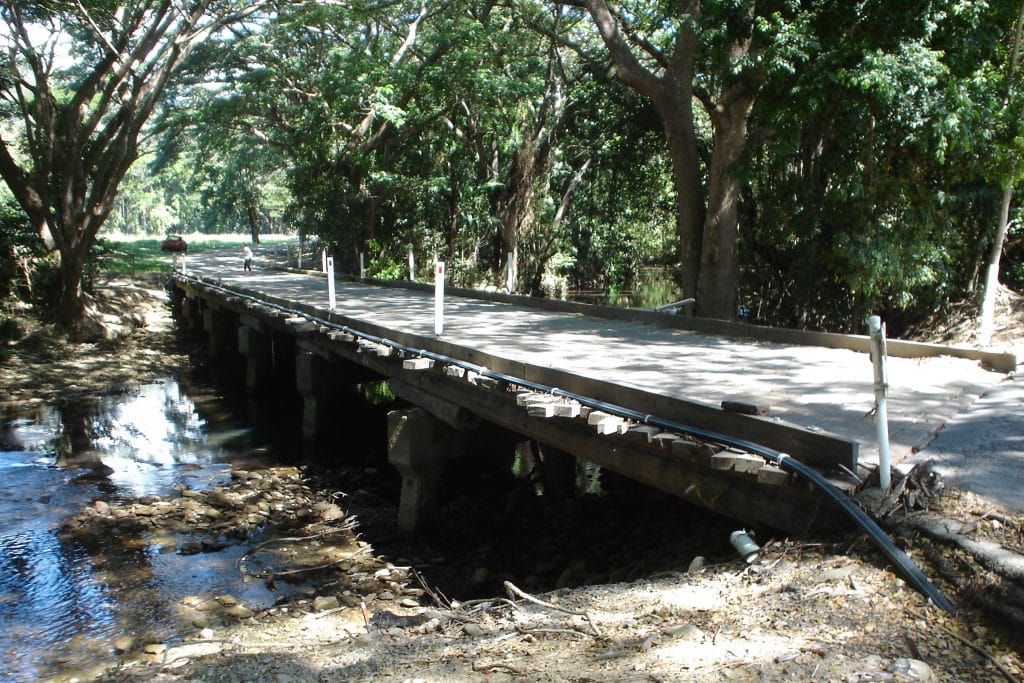