By Amy Mail No Comments

The Queensland Cycle Strategy 2017-2027 sets the strategic direction for cycling in Queensland over the next 10 years, detailing the priorities and action areas.

The Queensland Department of Transport and Main Roads, together with local governments, developed the Far North Queensland Principal Cycle Network Plan 2016. This plan identifies routes both within each local government area, and connections to adjacent shires.

The route takes in the Bloomfield Track, Cape Tribulation Road, Mossman-Daintree Road and follows the Captain Cook Highway to the Shire’s Southern-most border with Cairns Regional Council. It also extends West along Mossman-Mount Molloy Road to the border with Mareeba Shire Council.

Along the Long Distance Coastal Route there seven off-shoots, as detailed below that have been categorised as either a Principal Route or an Iconic Recreational Route. 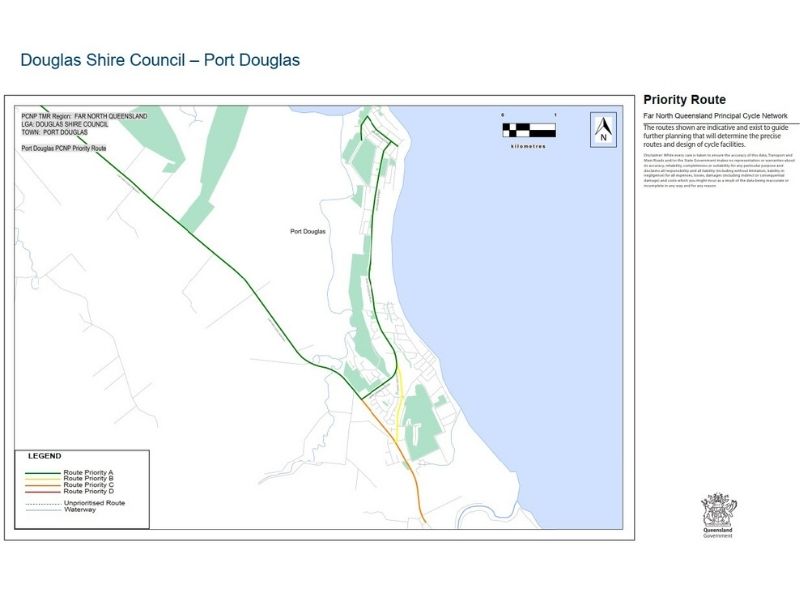 Focus of delivery in the next 10 years

Focus of delivery in the next 10 to 15 years

Focus of delivery in the next 15 to 20 years

For delivery in the next 20 years or more