The family-friendly show from Pro Wrestling Power will have 10 wrestlers in the ring for a two-hour show at Oaks Resort.

“Everyone’s invited to boo the bad guys and cheer the good guys, or the other way round.”

With Australia’s pro wrestling star on the rise internationally and pro wrestling leagues popping up throughout the country it’s no wonder this hybrid of live action theatre and awesome athleticism is pulling in the punters.

All the wrestlers are from Port Douglas and Cairns and include the “biggest, baddest dude” Chaos, current PWP champion E10 and the Prince of Port Douglas, local man Marshall Sampson.

“He’s better than everyone and will tell you about it. The appeal of pro wrestling will be proven on the night.

“It’s a full on, live-action show and will be great for Carnivale. It is something a bit different that is exciting and entertaining – and it is great to bring such a show to Carnivale with all the bells and whistles, costumes, characters and high-flying action.”

“The guys are really into it and love what they do.”

McLachlan said the sport is bound to get new fans on the night. “So often people come up to me after the show and say ‘I only came along because I was dragged along but, wow, that was so amazing. I’ll be back’.”

“It will be an awesome night with everyone pumped for a great show. These guys know how to bring the spills, thrills and chills.”

Carnivale Carnage is on Saturday May 15 at the Oaks Resort Ballroom starting at 6pm. Food and drinks will be available at the licensed venue. Tickets are $15 and kids under 5 are free. 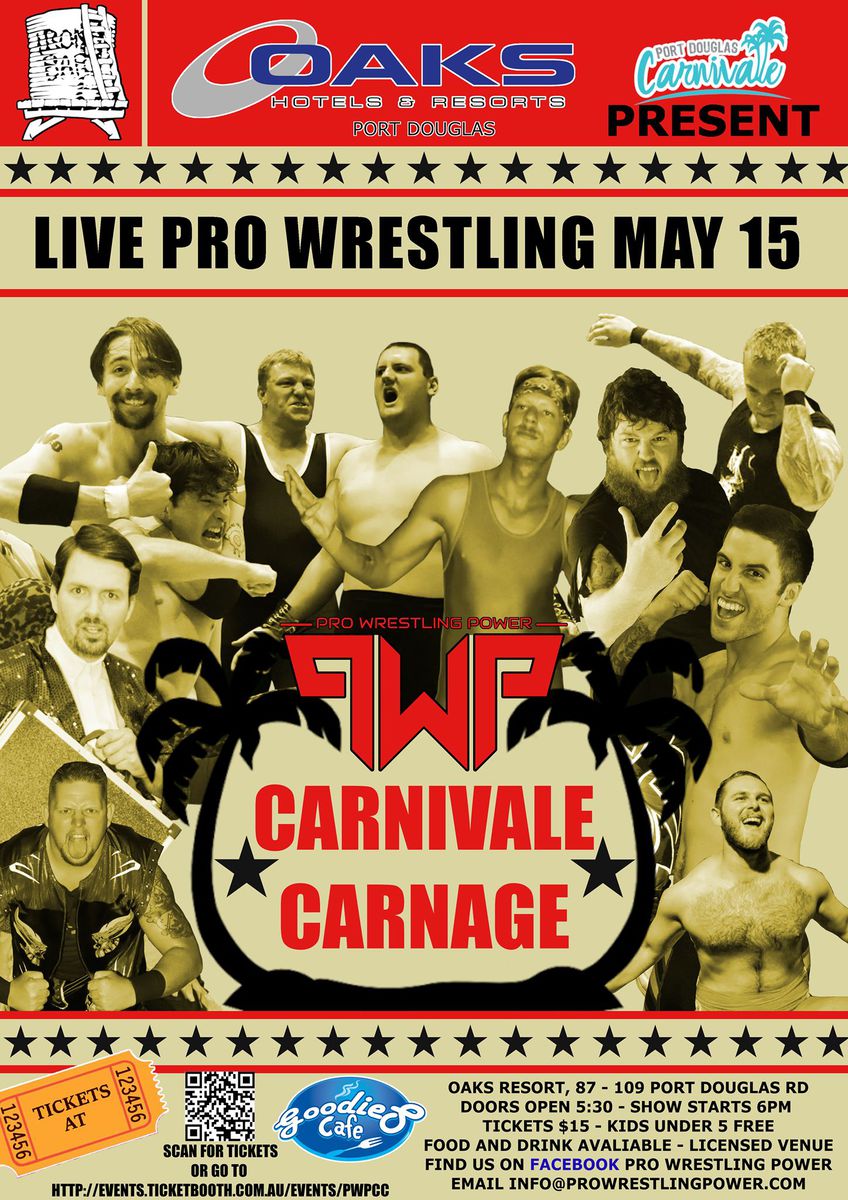