By Thomas Volling September 25, 2020 No Comments

NATIVE seedlings have been added to three large landslips on Murphy Street, Port Douglas in a bid to re-vegetate the repaired hill slopes.

Douglas Shire Council is nearing the end of the $3.1 million repairs on the street, which required more than 1500 cubic metres of debris to be removed after a torrential downpour March 2018.

A specialised seed cannon was on site to shoot seeds and a growth mixture into the mesh-covered slopes last week.

Before and after shots released by Council reveal the full extent of the repair work, which was jointly funded by Douglas Shire Council, the Australian and Queensland Governments under the Disaster Recovery Funding Arrangements (DRFA). 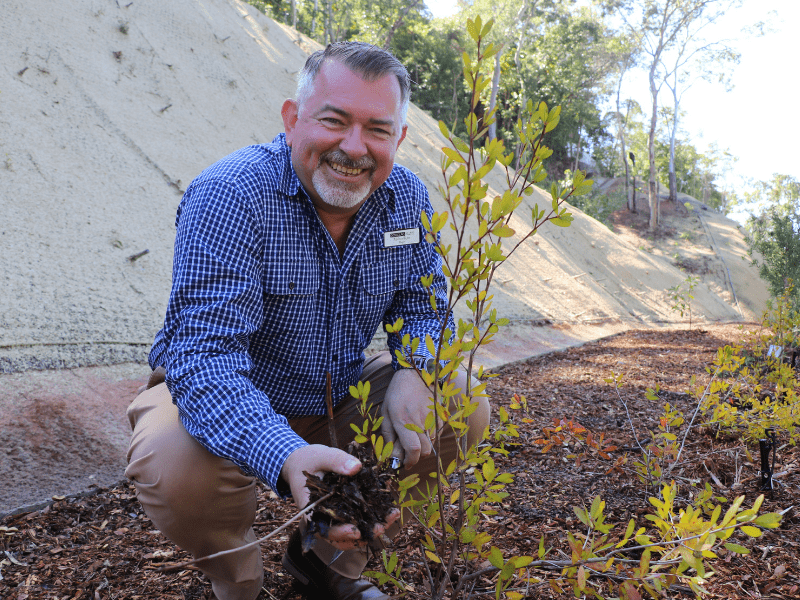 Douglas Shire Mayor Michael Kerr visited the site to plant one of more than 200 plants to mark the key milestone.

“Everyone in Port Douglas remembers that night – it was like a mini cyclone,” he said.

“The work completed here is nothing short of tremendous and it will give property owners a great deal of confidence heading into the wet season.”

“I would like to congratulate all crews for working closely with the community to improve the whole street.” “Our staff and contractors should be commended for working very closely with neighbours to improve Murphy Street and minimise construction impacts,” he said.

“Crews drilled hundreds of soil nails into the landslips and covered the slopes with large areas of mesh to stabilise the site.”

The species of plants included at the site are: 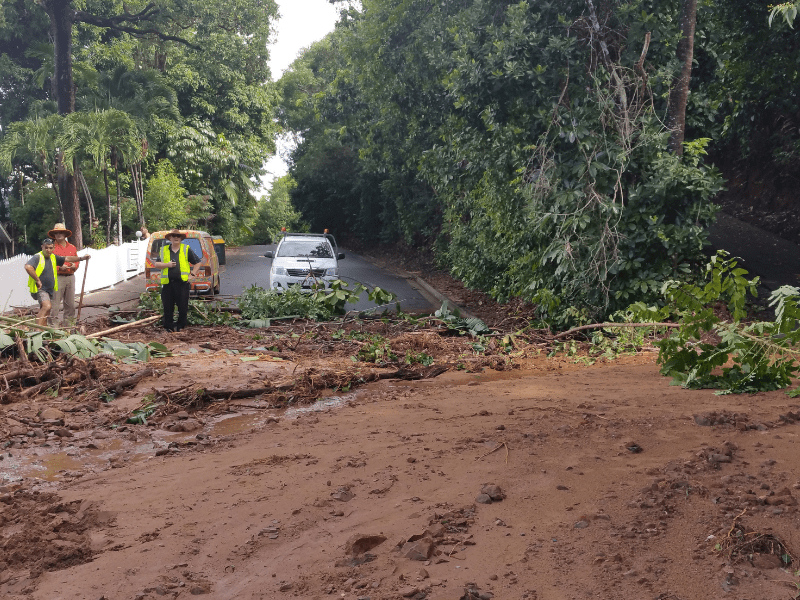 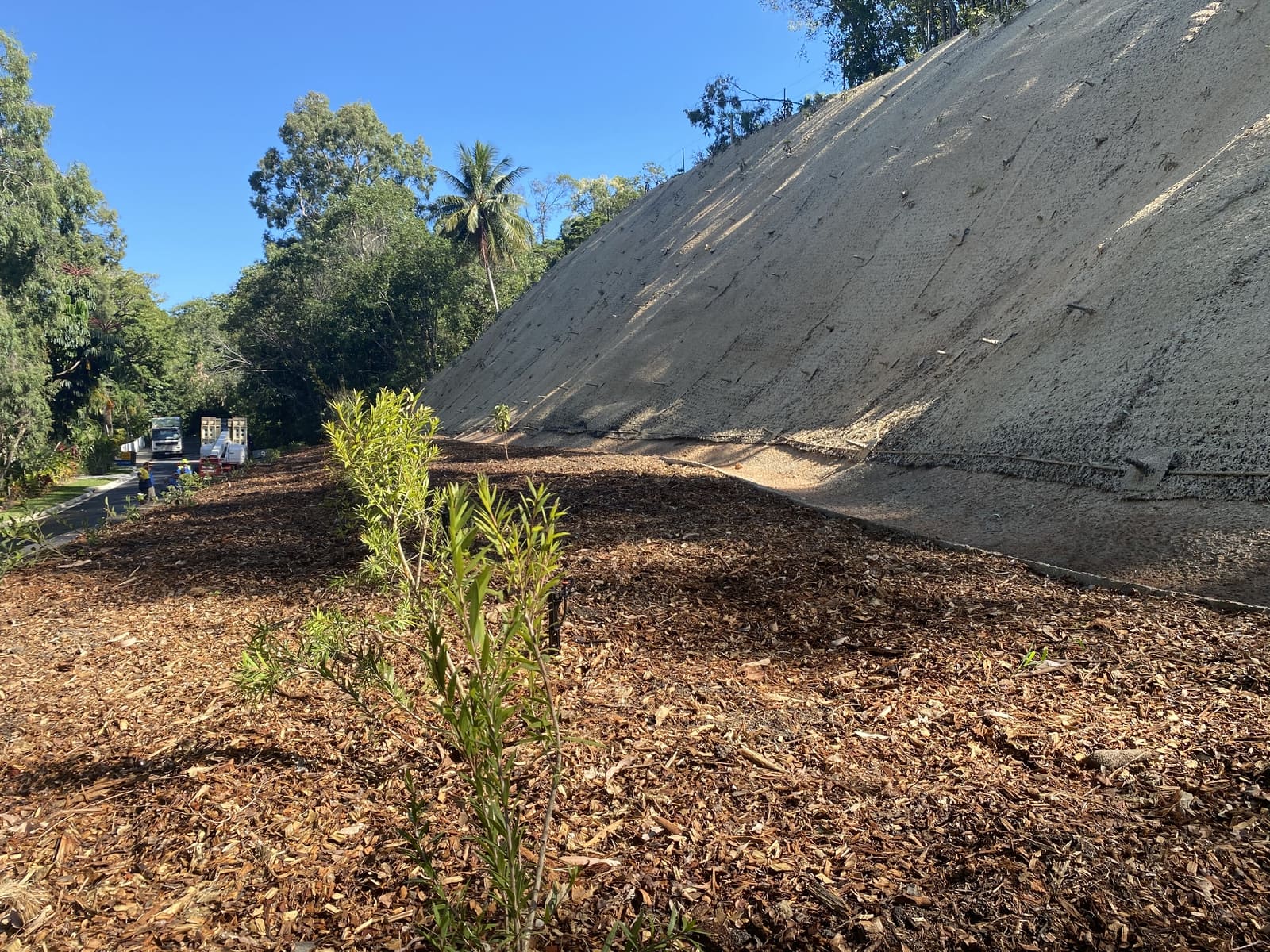