A HUGE week of NAIDOC celebrations was wrapped up with a street parade in Mossman today.

A family fun day is now being held at Bubu Kinkari, or George Davis Park, just north of town.

See some photos below: 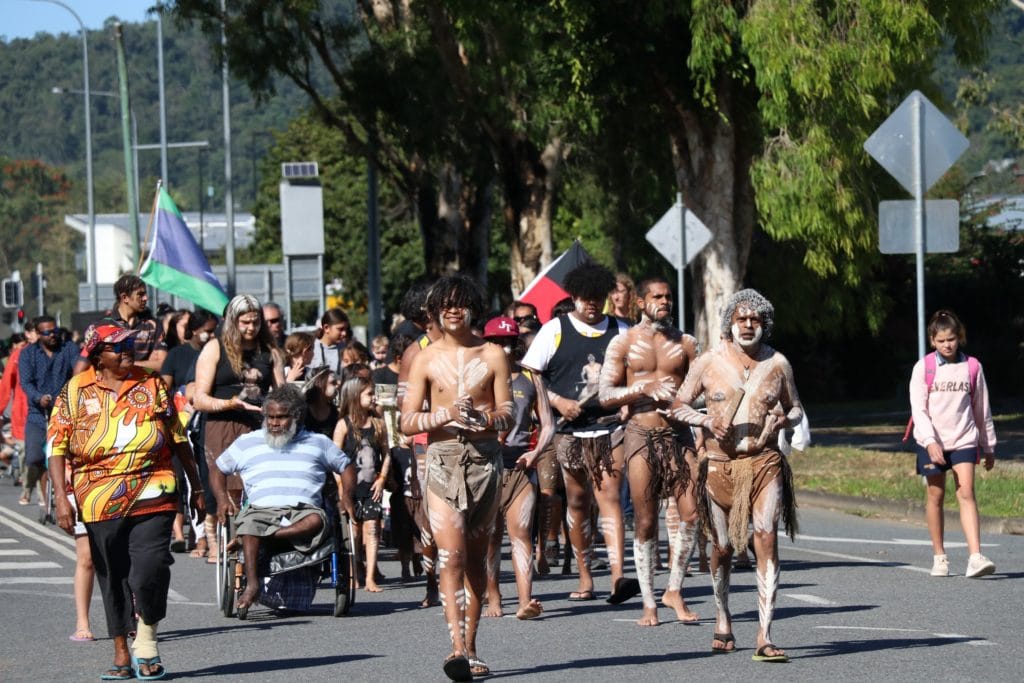 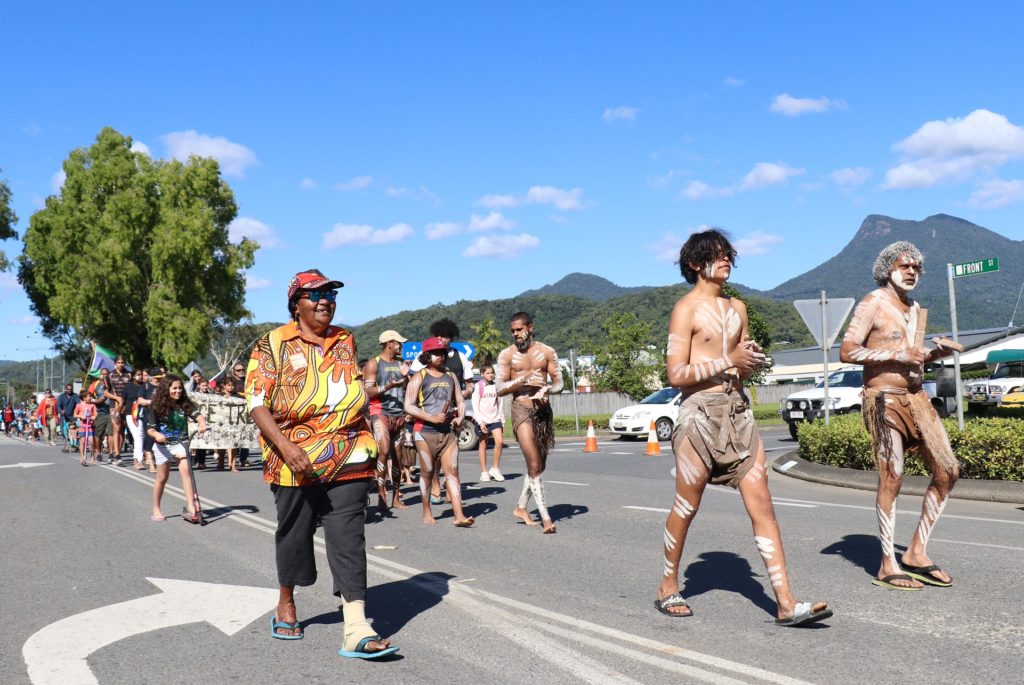 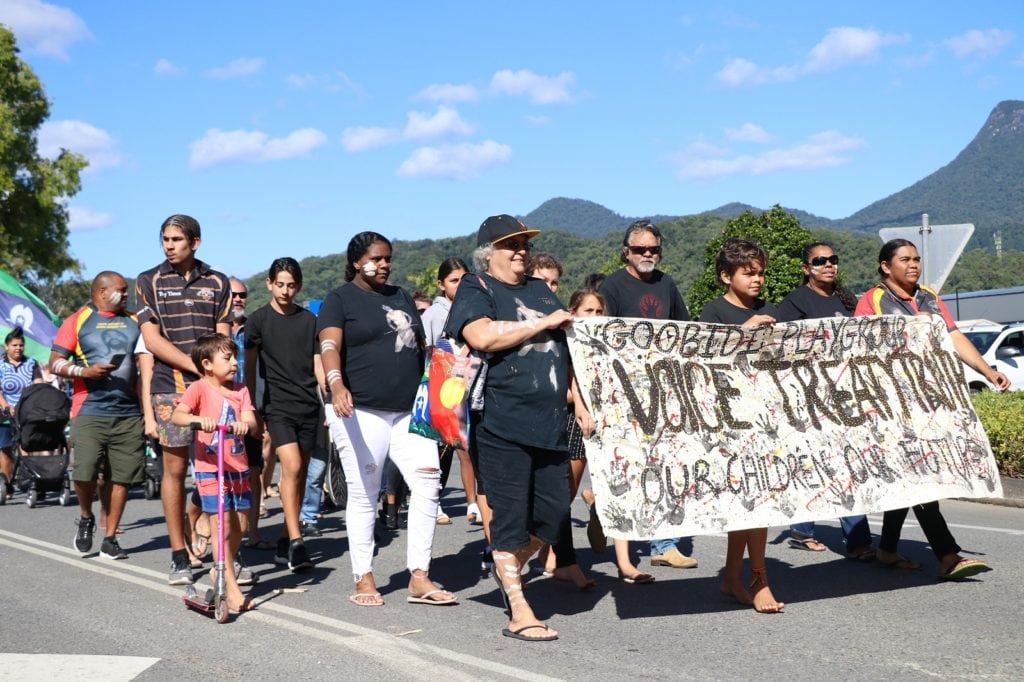 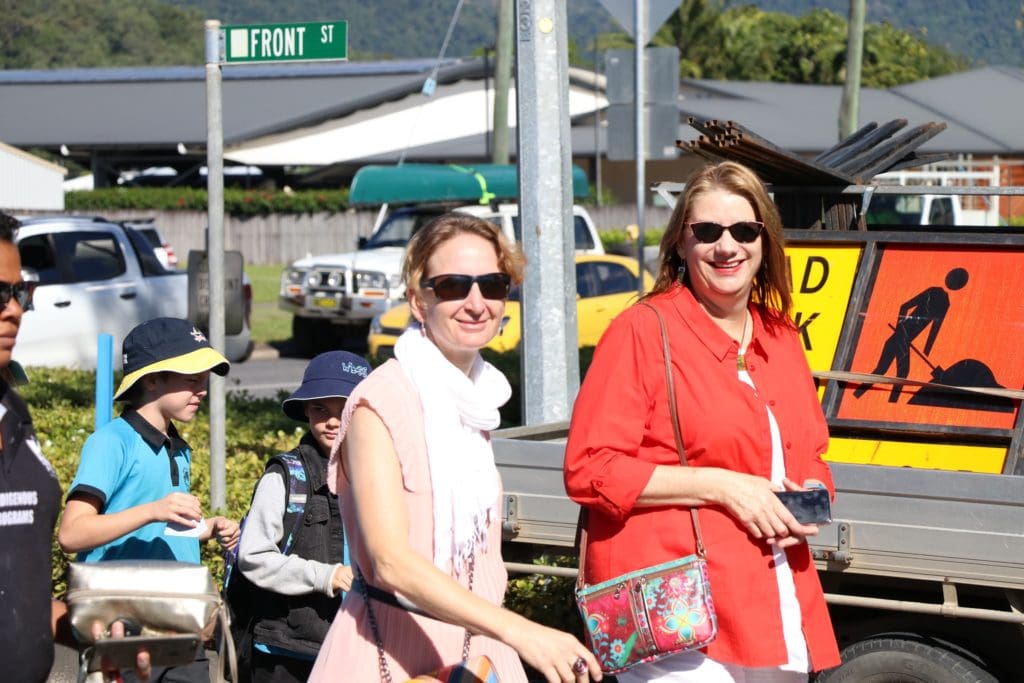 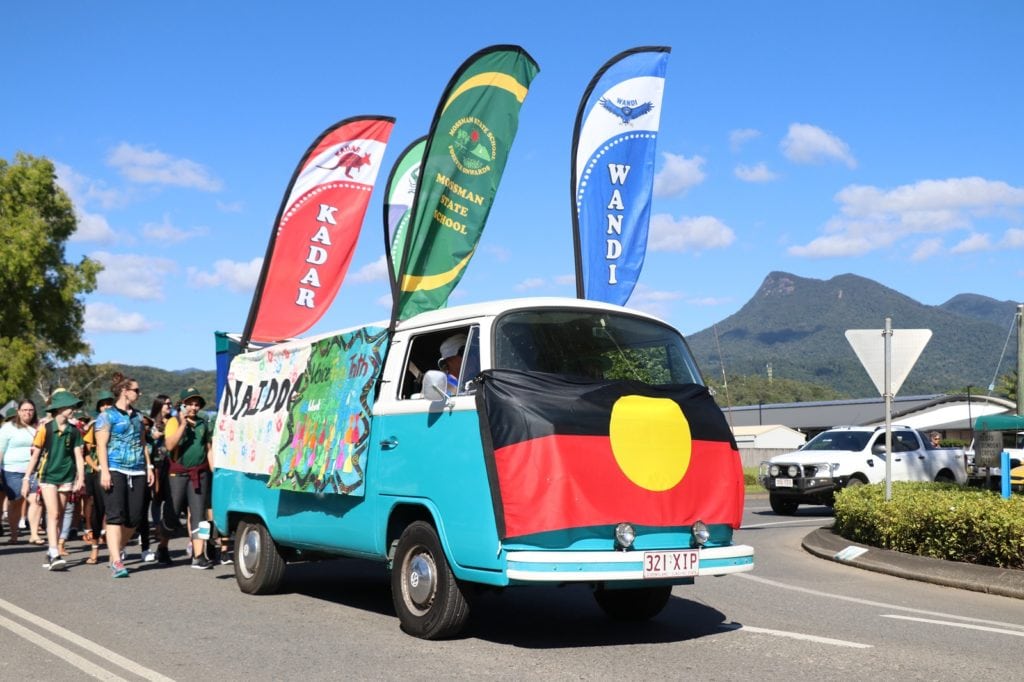 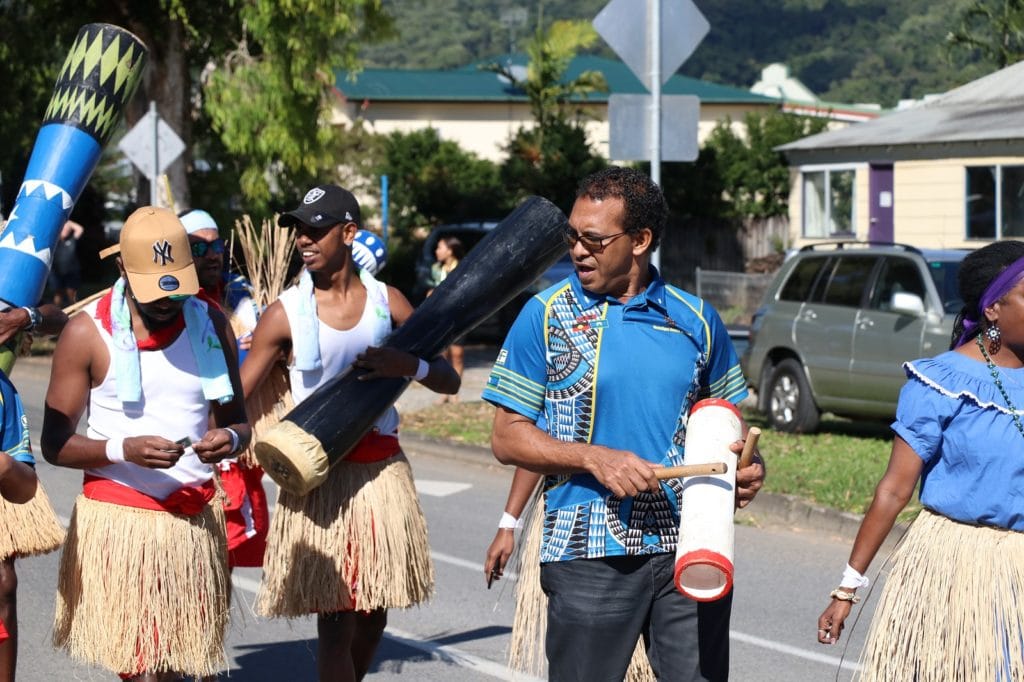 You  can also admire the Yalanji Arts exhibition called “Ngana Muruku Kaday”, which is located at Council’s Mossman Administration Building foyer. (See below) 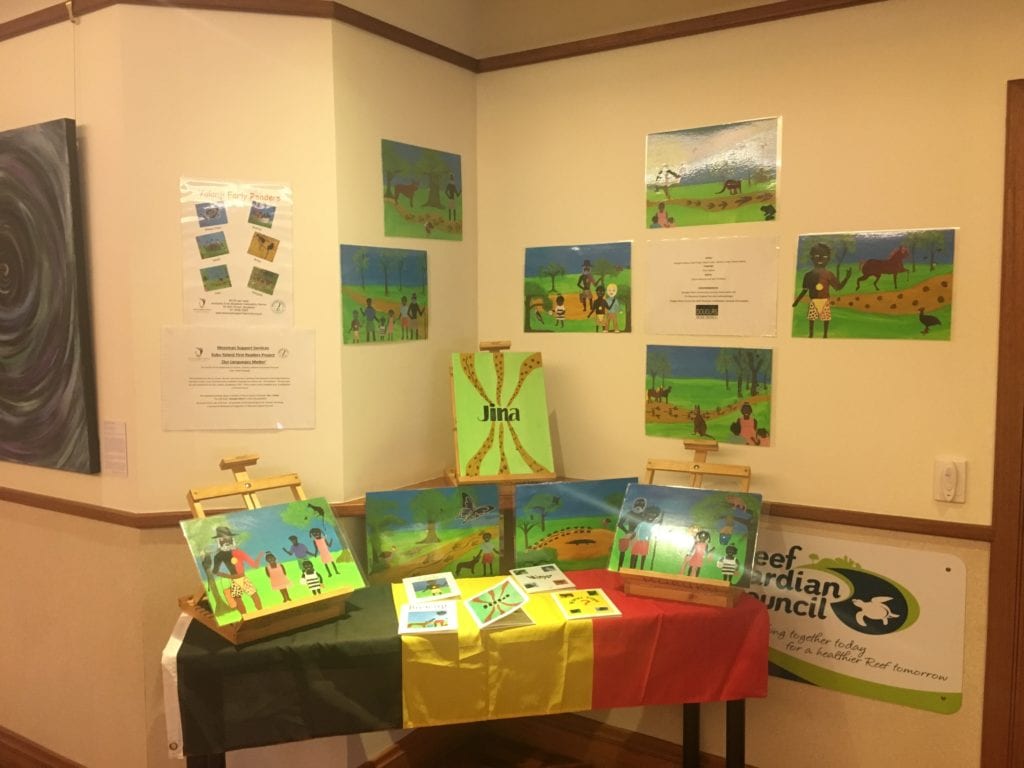 “It was a really special opportunity,” she said.

“I felt it was especially fitting given that this year’s theme is centred on language and after Mossman State School was recognised with two awards, including a Premier’s Award, for their Kuku Yalanji Language program at the Queensland Reconciliation Awards this year.”

“Every year we have a fantastic turnout by our local schools and community groups. We are so lucky to have such a rich indigenous culture in our region and it is important everyone takes time to appreciate their valuable contribution.”

Former Canberra Raider, Sam Backo, also delivered a powerful speech about his family at the flag raising ceremony on Monday.

The Ingham-born prop forward, whose mother Evelyn Scott was former chairwoman of the Council for Aboriginal Reconciliation, detailed his memories of coming to Mossman Gorge many years ago.

Street parade attendees are asked to assemble at the Mossman Admin Building car park from 9am for a 10am start.