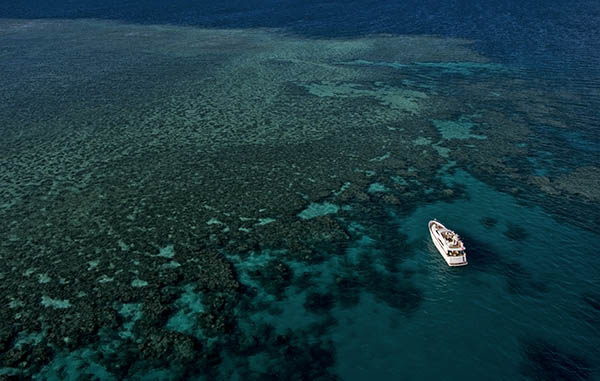 A TELEVISION show about a Japanese couple who tied the knot and visited Douglas Shire heads a list of commercial filming that has swept the region recently.

The Tokyo-based Japanese TV show, “Let’s Have a World Heritage Wedding”, features a couple getting married and enjoying the Great Barrier Reef.

The show will be broadcast nation-wide across Japan in January next year.

“A thriving film and television industry gives Douglas Shire an opportunity to shine on screens across the globe,” she said.

“The promotional benefits are potentially significant economy-boosters that help put our unrivalled natural beauty in the spotlight.

“Douglas Shire has been a stunning location for many popular films and Council enthusiastically encourages all commercial filming opportunities.” Other shows include a reality TV show that gives contestants a surprise visit to Niramaya at Port Douglas and a travel show that visits Cape Tribulation, Mossman Gorge and Daintree Village.

Mayor Leu has organised a meeting with Member for Mulgrave Curtis Pitt next Friday to discuss the State Government’s vision to make Queensland a film and industry hub.

“Council is really keen to make sure everyone is well aware of Douglas Shire’s distinguished history of being a sought-after location to shoot films and its unbound potential for future growth,” she said.

“Our stunning World Heritage attractions and truly unique locations have been a favourite for films such as Fool’s Gold (2008), Paradise Road (1997) and Thin Red Line (1998) .”

Council made a formal submission to the Advance Queensland 10-year Roadmap for the Screen Industry late last year: